2023 Volkswagen Atlas: Preview, Redesign, Specs, Release Date. The VW’s biggest SUV in North America has been around for a while and after the last-year facelift, no one expects to see bigger changes for the 2023 VW Atlas. Simply, the last year’s refresh has brought a lot of interesting novelties, starting from new front and rear ends, more standard equipment and available AWD in models with four-cylinder engines.

All in all, you may count on a familiar layout, which brings both bad and good things. When it comes to good things, the first thing we should mention is the amount of space on the inside. Also, we like the model’s maneuverability, which is pretty impressive for the size. On the other side, the lack of style and cheap interior materials are arguably the weakest points of this mid-size SUV. Fuel economy isn’t as good as in rivals’ models. Since there are no significant changes to come for the next year, we expect that the 2023 VW Atlas will hit the market sometime late in the next year. 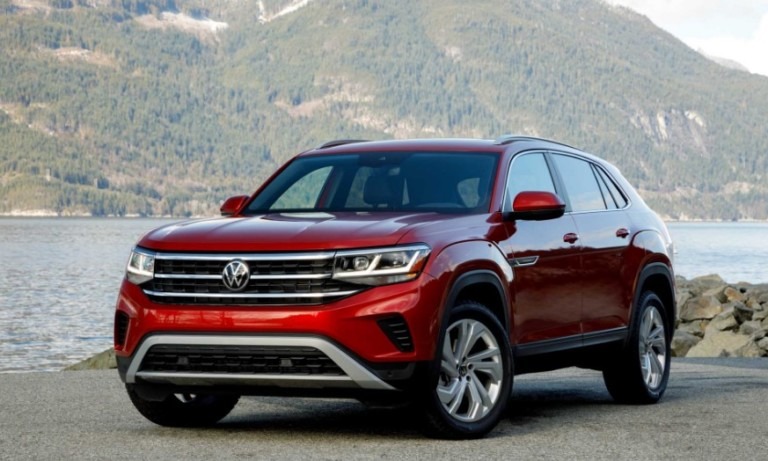 The powertrain department definitely won’t change. You may count on two familiar engine options. The offer starts with a 2.0-liter turbo-four, which is good for about 235 horsepower. It gets the job done, but the optional V6 is more powerful and significantly smoother. It delivers around 276 horsepower. 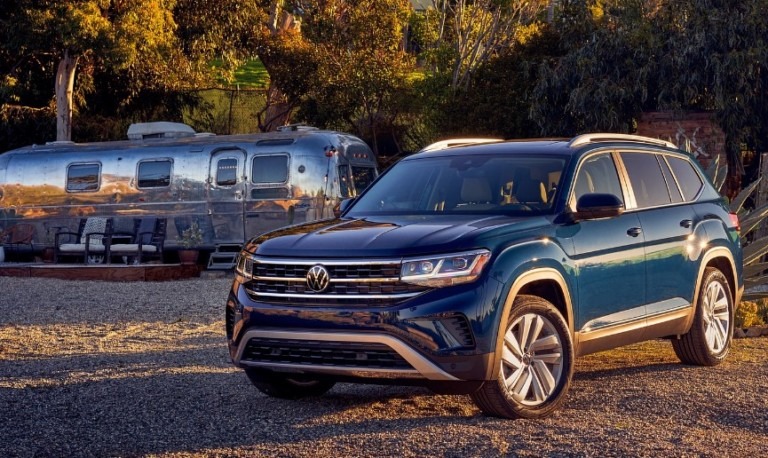 As we already mentioned, the recent update has brought a lot of novelties, so we don’t expect too many of them for the 2023 VW Atlas. The new styling benefits from things like new headlights, a more stylish grille and a more aggressive overall appearance. Of course, those who are looking for something more stylish may count on the R-Line version, which brings a new fascia and body kit, along with new wheels and several more exclusive details.

On the other side, the overall design remains the same. Although pretty big, this model rides of VW’s MQB platform, which means an FF layout, among other things. The suspension setup is rather simple, so the ride isn’t as comfortable as you would expect from an SUV in this segment. On the other side, we really like the handling and how this large crossover maneuvers in corners. 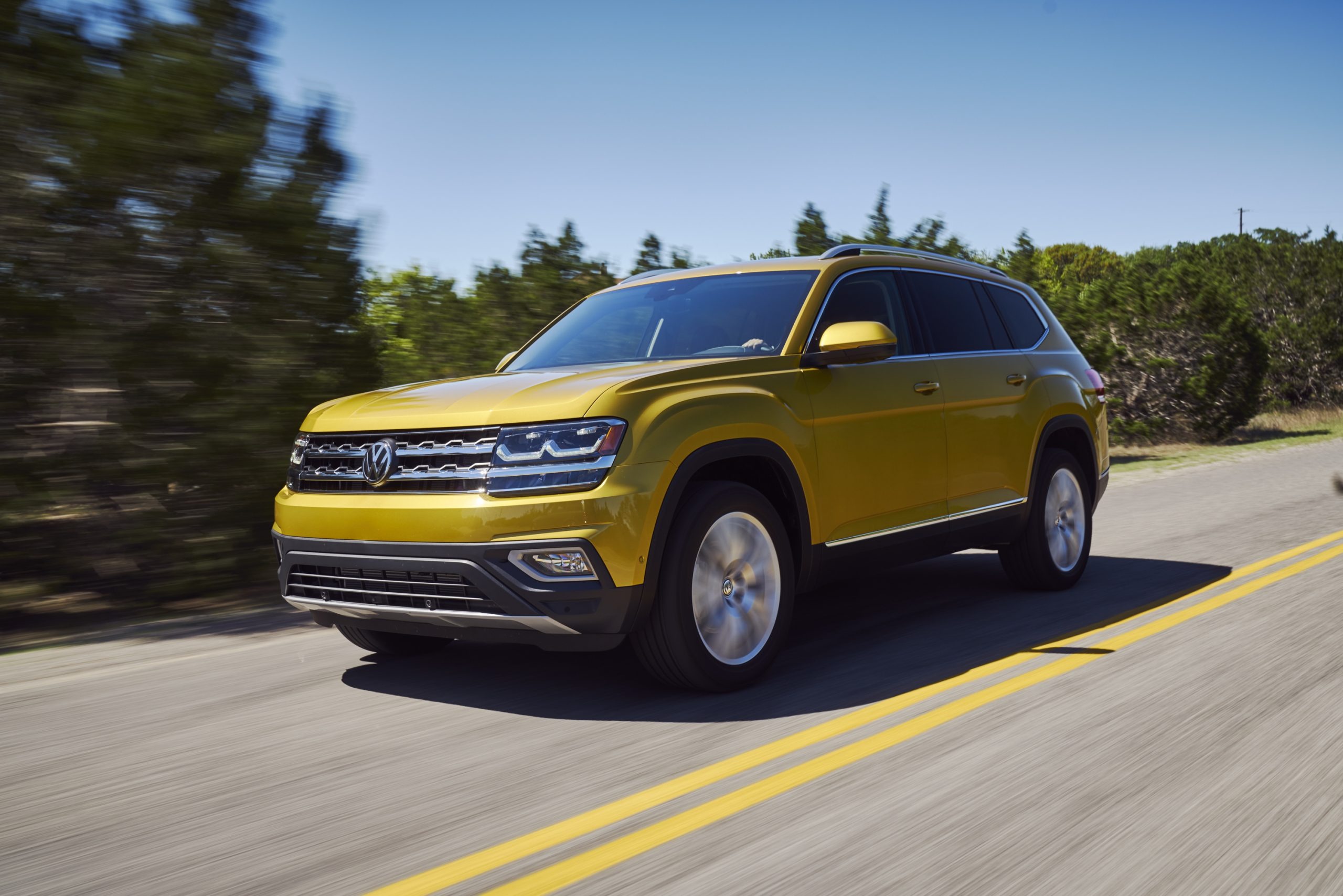 The recent update has also brought a couple of changes on the inside, starting from a new steering wheel. However, most of the things have remained the same, unfortunately. This means you may count on the same amount of low-rent materials. Add to this extremely dull dashboard design and you get one of the least attractive cabins in the segment.

On the other side, the practicality is impressive. There is so much space inside this SUV that just a few models in the class can consider them competitive. All three rows accommodate adults with ease. Another reason why this crossover is a quite comfortable family hauler is the sound insulation, which keeps this cabin quiet even at highway speeds.

When it comes to the cargo area, you may count on some of the highest ratings in the class. In numbers, this would be 20.6 cubic feet of cargo space behind its third-row seats, 55.5 cubic feet with these seats folded down, and a vast 96.8 cubic feet of total cargo volume.

This is the aspect that could bring a couple of novelties for the 2023 VW Atlas. Still, we are pretty sure that most of the things are about to remain the same. Currently, all models come equipped with a 6.5-inch touch screen, Apple CarPlay, Android Auto, a USB port, Bluetooth, and a six-speaker stereo system. Additionally, you can get goodies like an 8-inch touch screen, navigation, HD Radio, satellite radio, a 12-speaker Fender sound system, up to five USB ports, automatic climate control, and the Volkswagen Digital Cockpit. Some sources suggest that the bigger touchscreen and digital instrument cluster could become standard next year.

When it comes to safety features, all models will come standard with a rearview camera, blind spot monitoring, rear cross traffic alert, forward collision warning, pedestrian detection, and automatic emergency braking. Of course, there is much more to get in higher trim levels.

We expect to see the 2023 VW Atlas on sale sometime in the last quarter of 2021. Base models should go around 32.000 dollars. Some of the key competitors are models like Chevy Traverse, Ford Explorer, Honda Pilot etc.