2023 GMC Hummer EV: Redesign, Specs, and Features. The current car market is all about electrification and GM is preparing some pretty interesting novelties in this aspect. Not only that we will see a brand-new model, but we are also about to see revivals of well-known nameplates. One of them will be the 2023 GMC Hummer, which will hit the market in the second half of the year. Unlike the previous generations, which were (in) famous for their gas-guzzling character, the new model will come as an all-electric model.

At this point, we already know most of the design characteristics about the new model. We are about to see several versions in terms of power and range and interestingly, the most capable variant will come first. We are about to see several body styles in the offer, just like the original. The new model will utilize loads of the latest tech features. We expect to see it sometime in the second half of the year. 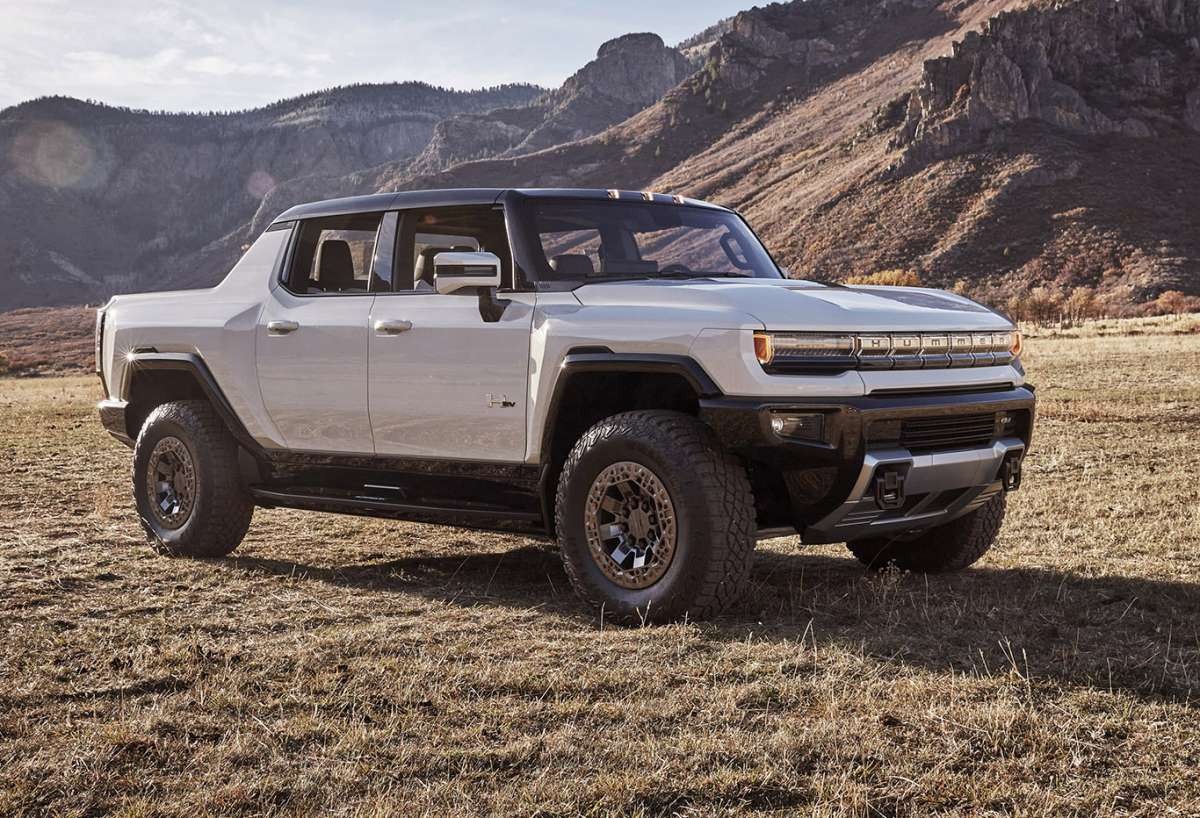 We have finally come to the most interesting part of the 2023 GMC Hummer. At this point, we know that the most capable version will come. It will feature electric motors on both axles, delivering a total output of around 1.000 horsepower. The company also claims max torque of 11.500 pound-feet but we believe that the real-life number will rather be around 1.100 lb-ft. In any case, this model will be characterized by astonishing performances. According to GMC, it will need just three seconds to hit sixty. Furthermore, the max towing capacity should go up to 11.000 pounds. Less powerful versions will come later.

When it comes to the battery and range, the new model will utilize the company’s new Ultium battery technology, which requires less room to store energy. The exact numbers are still unavailable, but we expect that the most capable models will be able to make around 350 miles on a single charge. The company also promises loads of charging options, including a fast charger that will be able to add 100 miles of range in just 10 minutes. 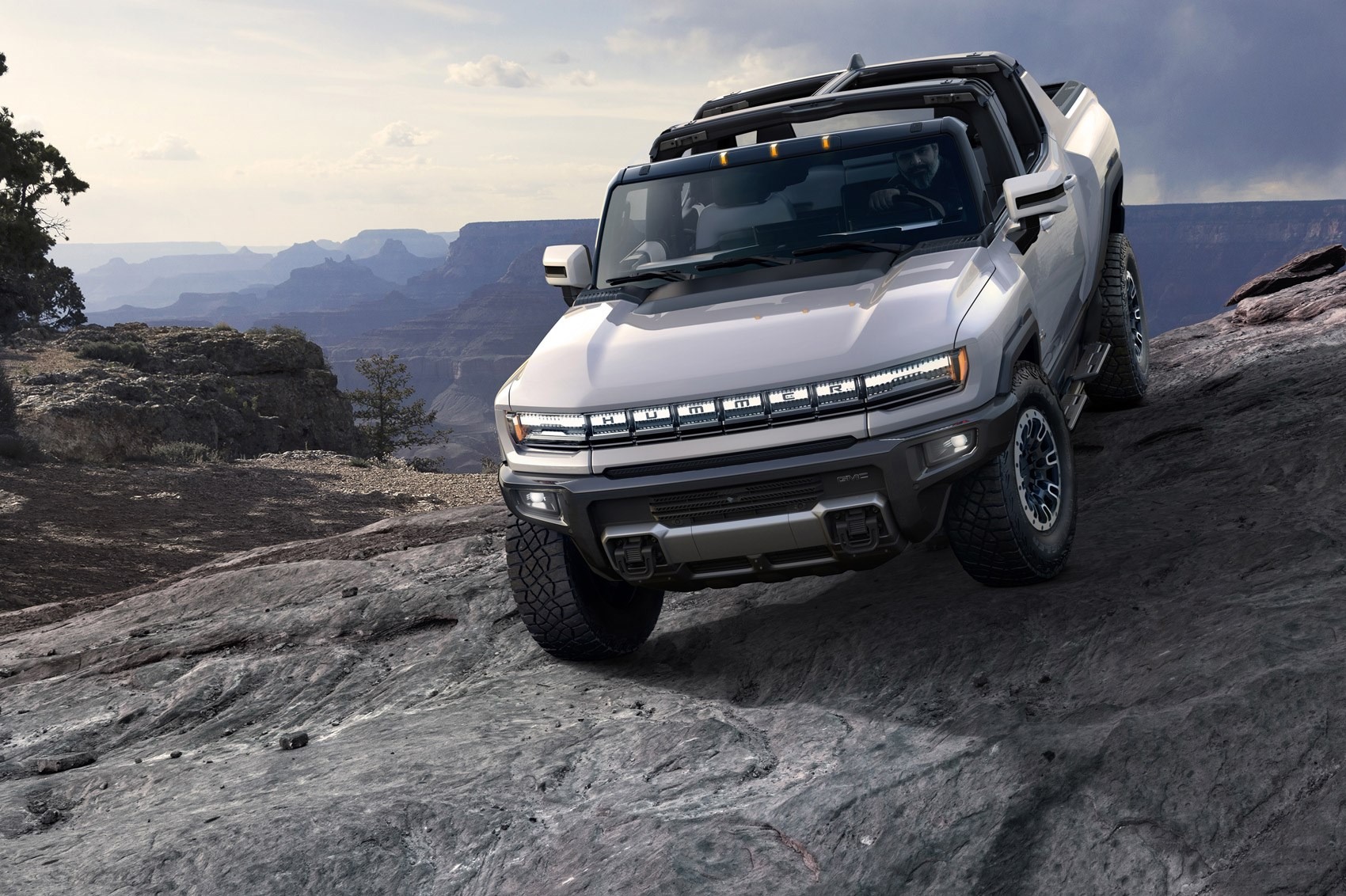 When it comes to base design characteristics, the first thing that comes to mind is that the new 2023 GMC Hummer will be an all-electric vehicle. However, that won’t affect the styling, as the new model will resemble the original a lot. We’ve already seen lot of rendering photos and the new model unmistakeably feature Hummer’s well-known appearance. The front end includes those massive grille bars, along with squarish headlights, though everything comes in a futuristic manner. The rear end is no exception. 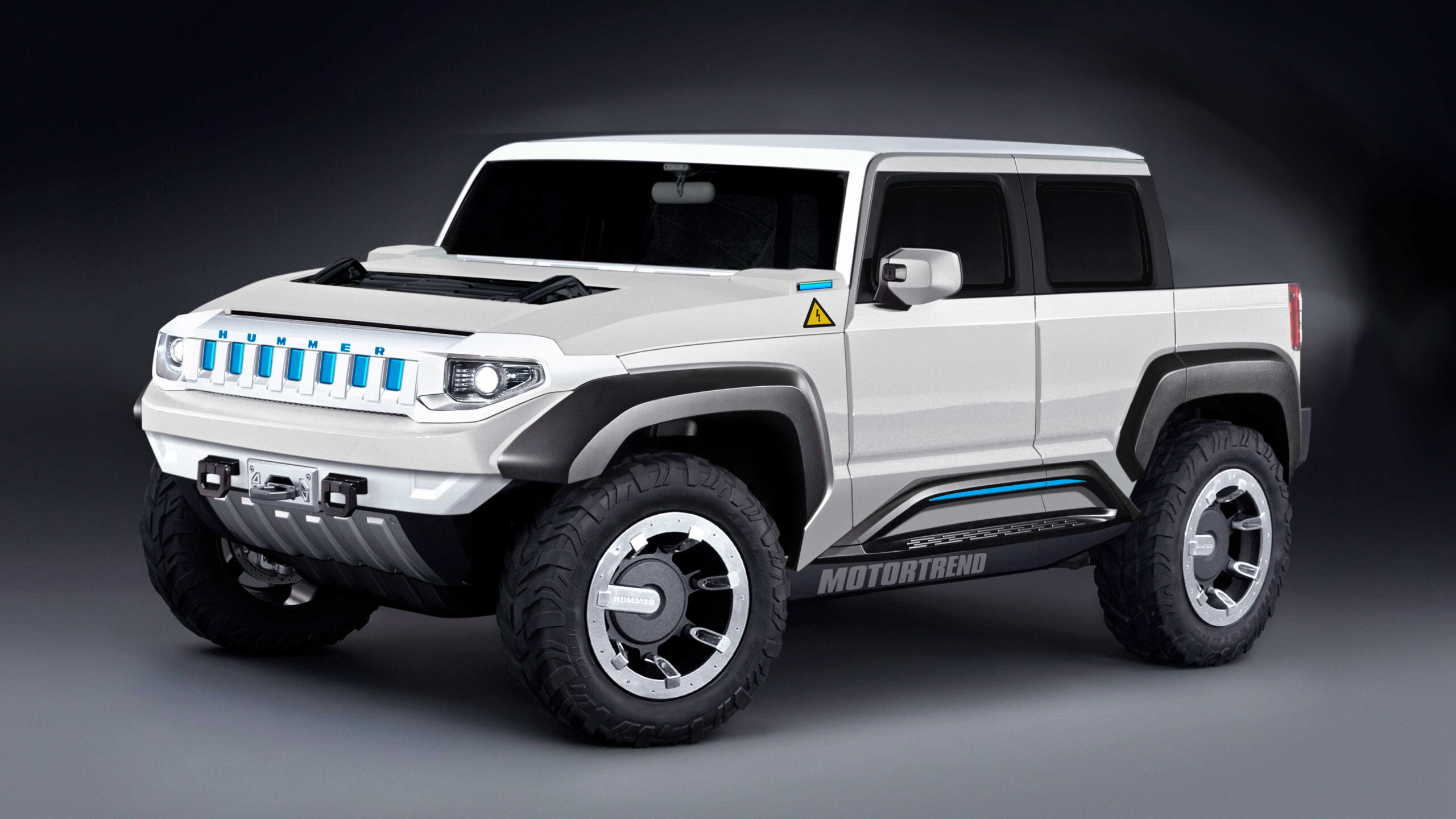 On the inside, the new 2023 GMC Hummer will look very stylish. The first thing you’ll notice is that the dashboard and the rest of the cabin come in a pretty futuristic manner. Of course, there are massive screens, both for infotainment and for the instrument cluster, while aesthetics include lots of squarish shapes. Moreover, there are several details that closely resemble Apolo 15 lunar rover, as a kind of tribute to the legendary vehicle, in which development GM take part as well.

The new 2023 GMC Hummer will utilize lots of advanced tech features, especially on the inside. Besides the latest infotainment system and loads of advanced safety and driver-assist features, the new model will most likely also come with the Super Cruise in the offer. This system allows hands-free autonomous driving on highways across North America and should also debut in the new Sierra and Yukon models soon.

We expect to see the 2023 GMC Hummer sometime in the second half of the year. As we already mentioned, the most capable and also most expensive version will come first. It will cost around 112.000 dollars. The rest of the lineup should come next year and base versions should go around 80.000 dollars. Some of the key competitors will be models like Tesla Cybertruck, Rivian R1T and R1S models etc.