2022 Honda Ridgeline: Redesign, Release Date, and Specs. One of a kind, the Ridgeline has always been famous for its comfort and passenger-car-like driving experience. It features a unibody platform, unique for the segment and acts more like a crossover than a truck. That’s the reason why many pick this model over other trucks in the segment. Of course, this means a bit of a compromise and it reflects in terms of towing capacity and overall capabilities, which are below average for the segment. The 2022 Honda Ridgeline will continue in the same way.

The current generation has been around since 2015 and after the recent update, we are pretty sure that bigger changes won’t happen in the next few years. Although we don’t expect from the current generation to last for a full decade, like the original model, we have no doubt it will remain in the current form for several more years. Simply, production cycles are longer in this segment and the Ridgeline still looks surprisingly fresh. 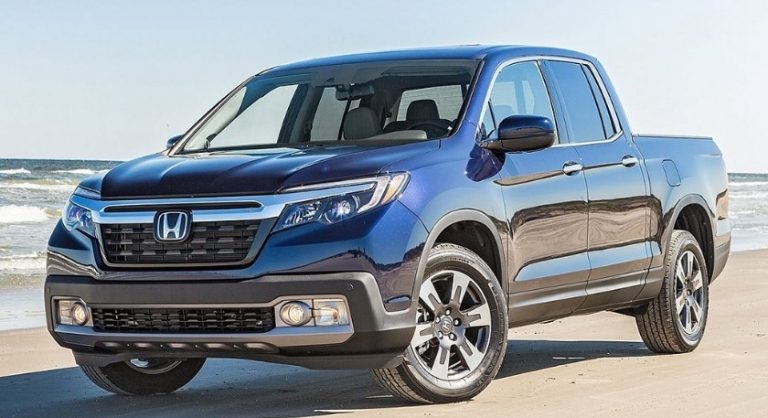 Things under the hood will certainly remain the same. The 2022 Honda Ridgeline is about to carry on with a familiar 3.5-liter V6, which puts out around 280 horsepower and 262 pound-feet of torque, which is more than enough for a convenient ride. Performances are great, while the engine is very refined. Of course, a well designed 9-speed automatic transmission also has a big impact on the overall ride smoothness. All-wheel drive is standard.

We like the fact that the fuel economy is pretty good for the class. You may count on about 19 mph in the city and 25 mpg on the highway, which is great, even when compared with 2WD rivals. On the other side, the max towing capacity is below average and goes up to 5.000 pounds. For reference, Tacoma can tow up to 6.800 pounds. Models like Colorado and Ranger go way over the 7.000-pound barrier. 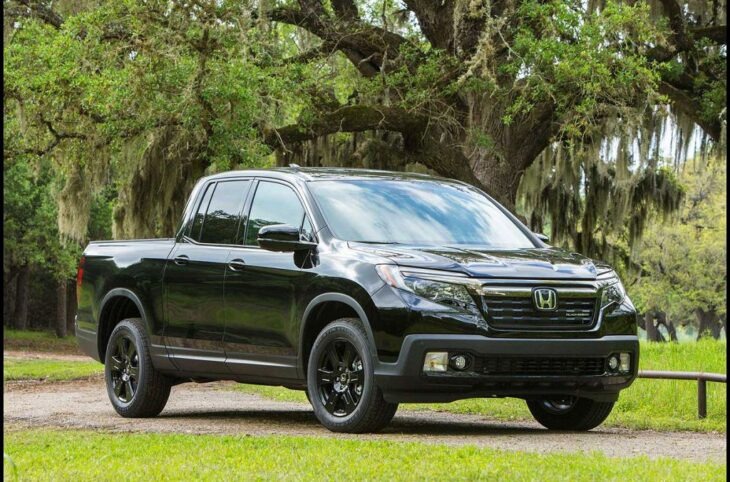 This compact pickup truck received an update recently. This was a typical facelift, which was mostly about aesthetical changes. We saw a new front end, which makes this truck look a little bit more rugged than before. It gets a new grille, which features a massive mesh pattern, as well as revised headlights and bumper. On the other side, the rest of the vehicle has remained pretty much the same.

This means you may count on a familiar overall design, which is based on a crossover-like, unibody platform. In fact, this truck has most things in common with models like Pilot and Passport. The unibody layout is beneficial in many ways, particularly in terms of the ride quality, which is far superior compared to BoF rivals. The Ridgeline is comfortable, smooth and handles great. 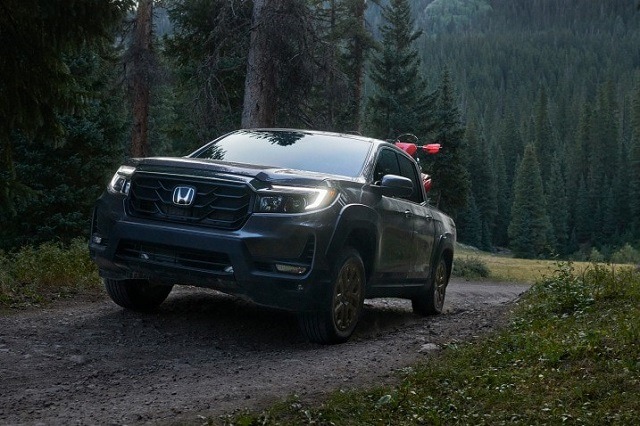 This is another aspect where Ridgeline feels superior compared to rivals. The cabin looks very cabin-like and that refers to all aspects. The dashboard is attractive and utilizes fine materials, while we particularly like the front seats, as well as the amount of space. Things are even better after the recent refresh, which has brought an updated infotainment system, which better graphics, faster response and, most importantly, a physical volume knob.

As we already mentioned, the amount of space is pretty generous on the inside and we particularly like the fact that this is the biggest cabin in the segment, even comparable with some half-ton pickups in terms of passenger space. The sound insulation is also pretty good, both when it comes to wind and engine noise.

This truck comes in a crew cab layout only, with a 5-feet 4-inch bed. The max payload capacity goes up to 1.580 pounds.

When it comes to available and standard equipment, yearly updates usually bring a couple of novelties. Still, most of the things are about to remain the same as in the current model, which comes standard with tech goodies like an 8-inch touch screen, seven speakers, Bluetooth, two USB ports, Apple CarPlay, and Android Auto. Additionally, you can get things like a truck bed audio system, a moonroof, navigation, an eight-speaker audio system, satellite radio, and HD Radio.

We truly believe that the 2022 Honda Ridgeline won’t feature any particular change. There is no reason to see it any earlier than usual. We presume it will hit the market sometime in the last quarter of the year, with the starting price of around 35.000 dollars.